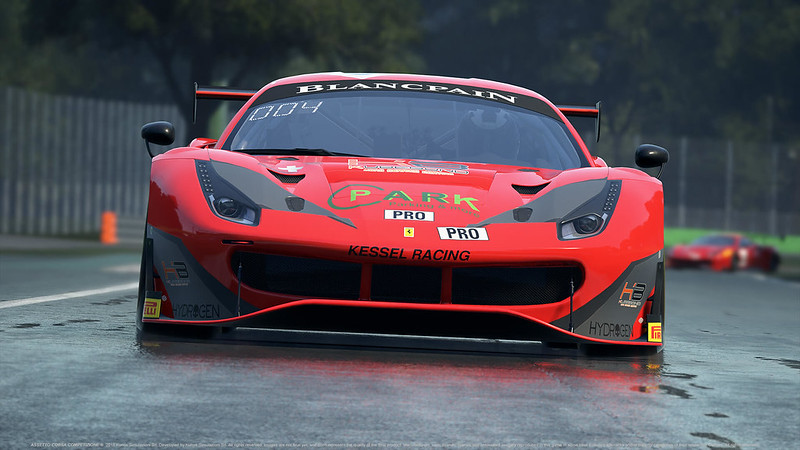 You can edit your HUD and camera preferences in the vrsettings.json file. (default location –  Documents/Assetto Corsa Competizione/Config/vrsettings.json)

Assetto Corsa Competizione is the Officially licensed Racing Simulator of the Blancpain GT Series by SRO. The game features the official drivers, teams, cars, and circuits of the worlds premier GT3 championship.

The ACC racing simulator is featuring an extraordinary level of simulation quality that allows players to experience the unique atmosphere of this GT3 Series, players can compete against official drivers, teams, cars, and circuits with the highest level of accuracy and attention to detail.

Taking full advantage of Unreal Engine 4, Assetto Corsa Competizione will ensure the highest quality rendering with photorealistic weather conditions and graphics to reach a new standard in driving realism and immersion racing. Players will experience high-speed torque as they get behind the wheel of luxurious speedsters including Ferrari’s, Lamborghini’s, McLaren’s and many other prestigious GT cars reproduced with an outstanding level of detail. Motion capture technology is used to create the animations of mechanics and drivers in an even more realistic fashion and guarantees a high level of player engagement during races, pit stops, and driver changes.

In the final version of the game, players can expect advanced multiplayer functionality with Assetto Corsa Competizione, including a ranking system which will evaluate individual performance and driving behavior to reward the most virtuous drivers and promote fair play in online competitions.